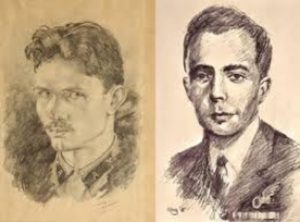 Following its success in Moscow last year, Dual Perspectives has come to the St Petersburg State University of Architecture and Civil Engineering, where you will be able to visit until the fourth of June. As part of the UK-Russia year of Science and Education, this exhibition showcases the works of two men who were both architects and artists – the British Edward Milligan, and the Russian Pavel Ivanovich Afonin. Whilst they never met, and were geographically miles apart, the life stories of these two men followed a much closer path than they knew. Both fought against the Nazis during World War Two, Milligan in the RAF, and Afonin in the Red Army. Not only were both men fighting in the same war, but their paths came close to crossing: Pavel rebuilt the destroyed bridges that allowed the Red Army to advance and liberate the prisoner of war camp in which Milligan was interned for the majority of the war, after his very first RAF mission was shot down.

Alongside their shared participation in the war, both men used art to document their wartime experiences, to maintain their sanity in unimaginable conditions and to preserve memories when the fates of both themselves and those they drew were uncertain. Whilst both artists endured such trying conditions, neither one gave up his passion and desire to draw or to design, and both aimed to become architects when peace finally arrived. Afonin, active on the front line, would often sketch people and places in only five or ten minutes, giving his subject a copy of his sketch to take with him or to send home. Likewise, Milligan documented those around him, and traded his drawings for cigarettes, the coveted currency of the POW world. Neither Milligan nor Afonin gave up their peacetime dreams of becoming an architect, and Milligan even completed the first part of his architectural BA whilst interned by the Nazis. 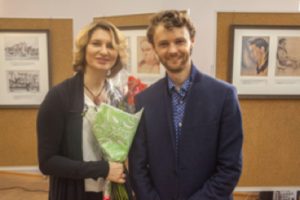 Although this exhibition displays only a selection of the many works that Milligan and Afonin created during their lifetimes, the composition of the exhibition is personal and powerful. Both curators worked with and knew Afonin and Milligan during their lifetimes, Ksenia Afonina being the granddaughter of Afonin, and Jon England having worked with and alongside Milligan, creating exhibitions together during Milligan’s lifetime. Thus, whilst neither artist is alive today, this collaboration has been created with both men close at heart. In the run up to Victory Day here in Russia, not only does this exhibition reflect the power of art in recording the strength and humility of our soldiers seventy years ago, it is a reminder that no matter where we are from, and whatever our perspective on the world, we all have a shared humanity, a message that is extremely relevant today.

Other Articles By Eleanor Hemming 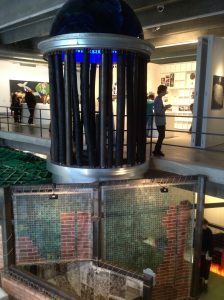