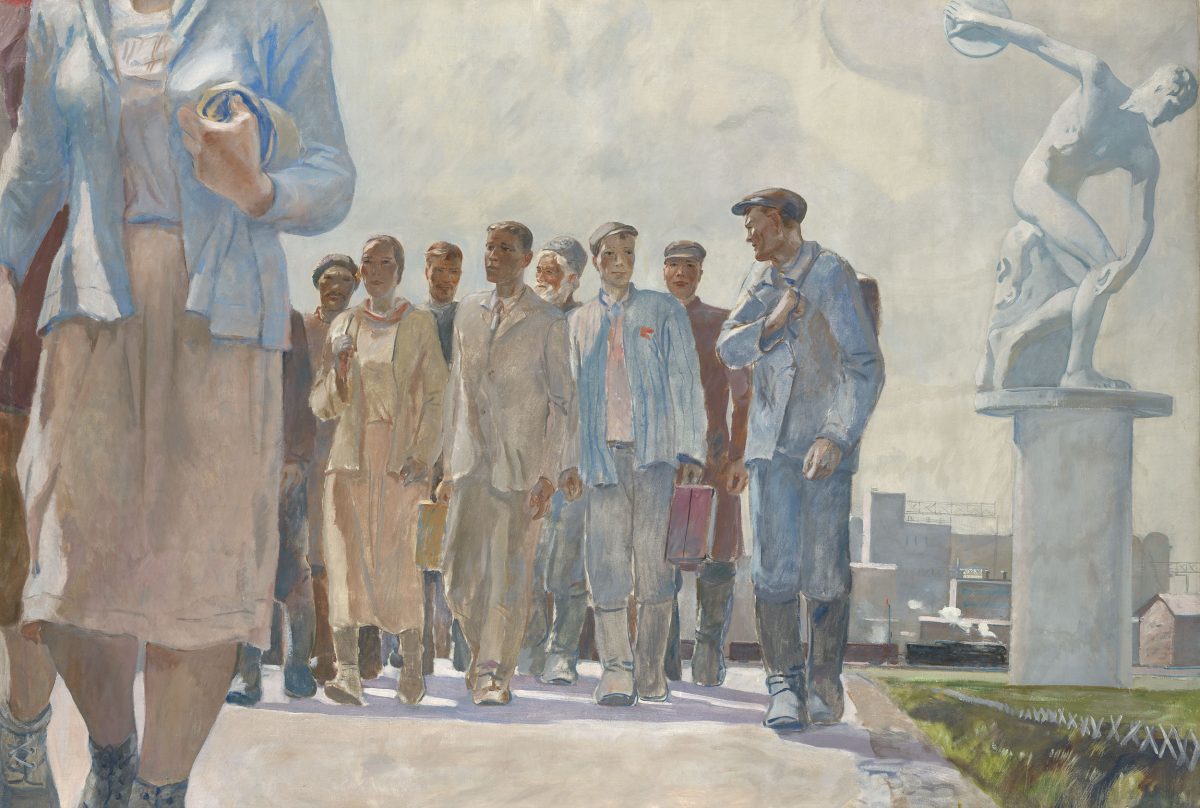 Alexander Deneika (1888-1965) threatens to be the most prominent figure in the London salerooms this November, with two powerful inter-war works each expected to bring around £3m.

His 5ft 8in Coal Miner (1925) at Sotheby’s on November 28 is the left-hand, and only surviving figure, from a wider canvas painted by Deneika after visiting the Donbass on an assignment from the magazine Bezbozhnik u Stanka (est. £3.5-4.5m). It remained in the artist’s studio until his death.

Deineka’s two-meter wide Heroes of the First Five-Year Plan, to be sold at MacDougall’s on November 29, is a detailed study for a panel commissioned for the Soviet pavilion at the Paris World Exhibition of 1937 (estimate £2-3m). It is one of a number of works at MacDougall’s consigned by the same American private collector, including Boris Ioganson’s Lilac Bouquet (est. £40,000-60,000).

From the same period comes Serafima Ryangina’s Students at the Baltic Shipyard (1930) at Sotheby’s (est. £100,000-150,000). The first major work by Ryangina to appear at auction, this was commissioned by the Association of Artists of the Revolution as part of a series featuring the Leningrad dockyards, and was shown at the Venice Biennale in 1932.

Another highlight at Sotheby’s is Fechin’s 1908 portrait of 30 year-old Nadezhda Sapozhnikova, his student (and rumoured mistress) at the Kazan Art School (est. £1.2-1.8m). The portrait was shown at the Carnegie Institute in Pittsburgh in 1910 (alongside works by Manet, Pisarro and Sisley), when it sold to New York collector George Hearn. William Stimmel acquired it after Hearn’s death in 1913.

An oil on canvas Carnival In Venice (est. £180,000- 250,000) heads a group of 14 works by Alexandra Exter consigned by the descendants of her onetime student, later friend and executor Ihnno Ezratty (a Sephardic Jew whom Exter helped evade the Nazis during World War II). Sotheby’s suggest that Carnival in Venice is a legacy of Exter’s time with Alexander Tairov, director of Moscow’s Kamenny Theatre in Tsarist Moscow. 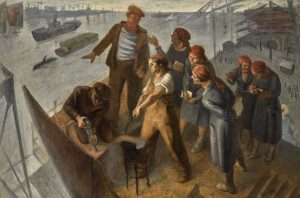 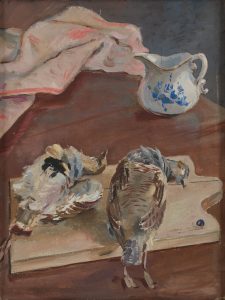 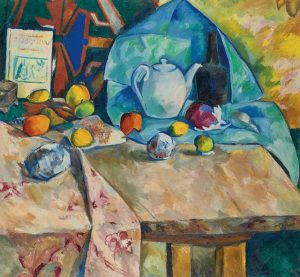 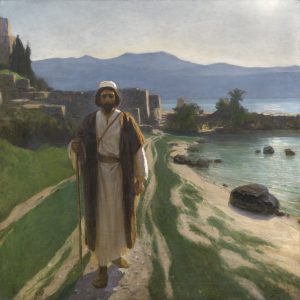 Vasily Polenov, He Resolutely Set Out for Jerusalem

Another Polenov features at Bonhams: his market-unfresh Herzegovian on the Look-Out, exhibited at the St Petersburg Academy in 1876 (est. £300,000-400,000) and seen at both Christie’s and Sotheby’s in recent years. 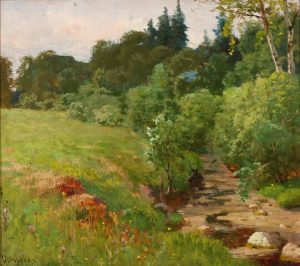 Bonhams resume their acquaintance with Roerich by offering a small tempera Sanctuaries & Citadels painted during his three-month stay at Ladakh in India in 1925 before entering the New York Roerich Museum(est. £50,000-70,000). It has been in private American hands since 1935.

Meanwhile Shishkin’s Summer Landscape at Ostrovky on the Neva (between St Petersburg and Lake Ladoga), a small work oil on cardboard, features at Bruun Rasmussen of Copenhagen on 1 December. The landscape was acquired by Arne Grundt, Director of the Vyborg Timber Company, when he was Norwegian Consul in Vyborg – then part of Finland – before World War II (est. DKK 400,000-500,000 / € 54,000-67,000).

ICONS AND WORKS OF ART 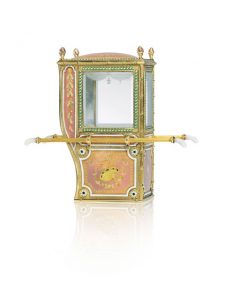 Guilloché-enamel and varicolour gold miniature model of a Sedan Chair

Bonhams have a 15-inch silver Warrior with Stallion made by Sazikov in St Petersburg in 1854 (est. £200,000-300,000) and a 1931 Lomonosov tet-a-tet tea service with blue, black and gold industrial motifs (cranes, ladders, chains and ropes) by Sergei Chekhonin and L.V. Protopopova, reputedly gifted by the Soviet Government to a group of German Trade Union officials (est. £40,000-60,000). 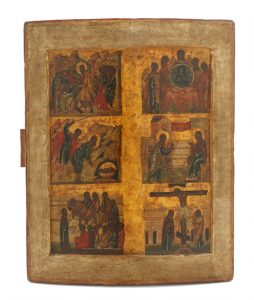